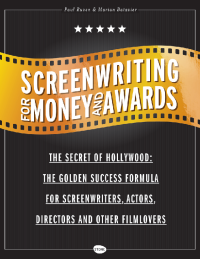 What is the secret of screenwriting for money and awards?

Welcome to the Secret of Hollywood…

This unique book reveals how you too can easily write with this formula, with hundreds of clear examples: from MEET THE PARENTS, PRETTY WOMAN, TRUMAN SHOW, DIRTY DANCING to TOY STORY, SAVING PRIVATE RYAN, KRAMER VERSUS KRAMER and European movies like LIFE IS BEAUTIFUL, RUN LOLA RUN, CACHE.

Once you know it, it’s easy for you to write or rewrite your script.

A Must Have for screenwriters, but also for actors, directors, producers and other movie-lovers, who want an all revealing insight in the secret of Hollywood of how a succesfull movie really works. 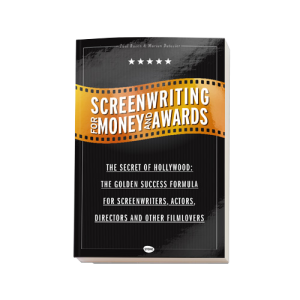 “I wrote my first scenario with this book and it sold immediately to the producer of The Italian Job for $300,000!”